These days, when every proposed snowfall turns out to be solely a bit of dust on the old crust, the search for a new mission was not so easy. Andi and Adrian had the good idea to try the Spencer Couloir at the Aiguille du Blatière. The past week, we had a look at it from distance and were aware of the fact that there is too less snow in the upper part. Rocks and ice were not nearly enough covered with snow to ski the line from the top. But due to this fact, the Spencer saw quite less traffic these days compared to other descents. The lower part looked good, so Colin, Andi, Adrian, Johannes and me took the first bin to the Plan de l’Aiguille and traversed over to the Glacier des Nantillons. We went up a small couloir to the right to evade the seracs and followed the glacier on the right hand side up to the beginning of the Spencer. Thanks again to Colin and Andi for putting the stairway!

Colin in the first couloir 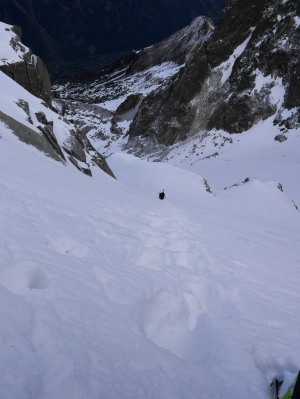 in the upper part 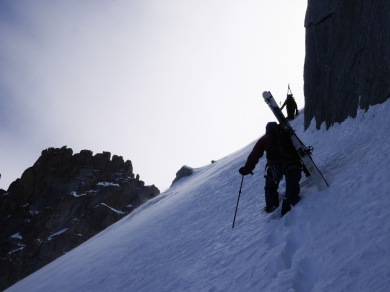 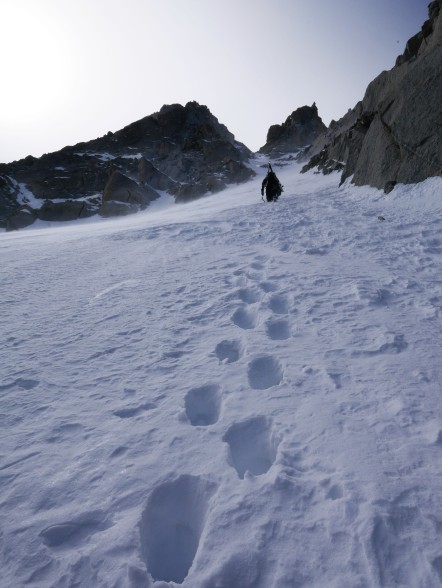 finally in the Spencer couloir

I followed Colin and Andi below the barrier made of rock and ice about halfway up the Spencer couloir. The cold wind strengthened and we made a quick transition from crampons to skis and snowboard. Hard snow covered with some cold and compressed powder made our way down well ridable. 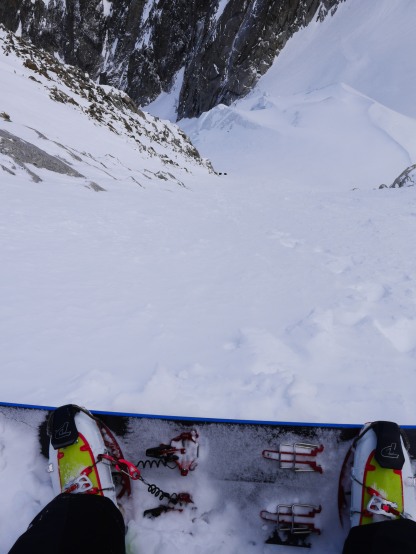 The lower part was even better, chalk snow on a flat and hard surface underneath. Finally some powder again!

in the lower part

thanks for the pics, Colin! 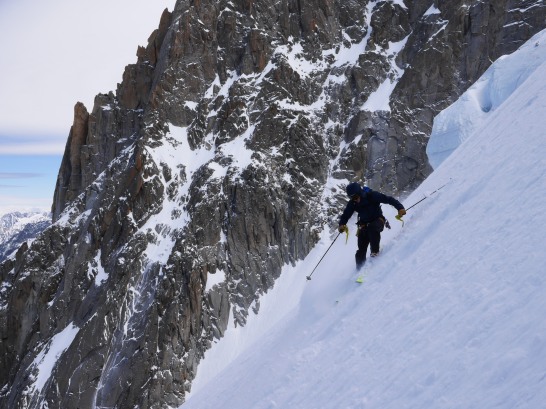 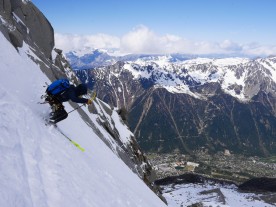 Adrian with Chamonix below 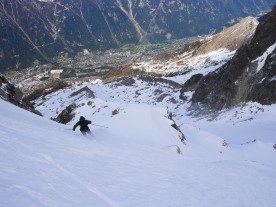 Adrian above the bottleneck

A short bottleneck further down marked the end of the steeper part, leaving us a nice slope to cruise down the moraines (and a tiring traverse back to the midstation). I definitely have to come back and ride this nice line properly: from the very top and in deep powder 😉